Land of the Rair Dev Blog #26 - Modkit In Progress

Hey everyone! These past couple weeks have been slow and relaxing, but Rair is still moving forward! There’s been a lot of bugfixes and I’ve also started working on the mod kit! Lets dive right in, because the modkit is going to be exciting. 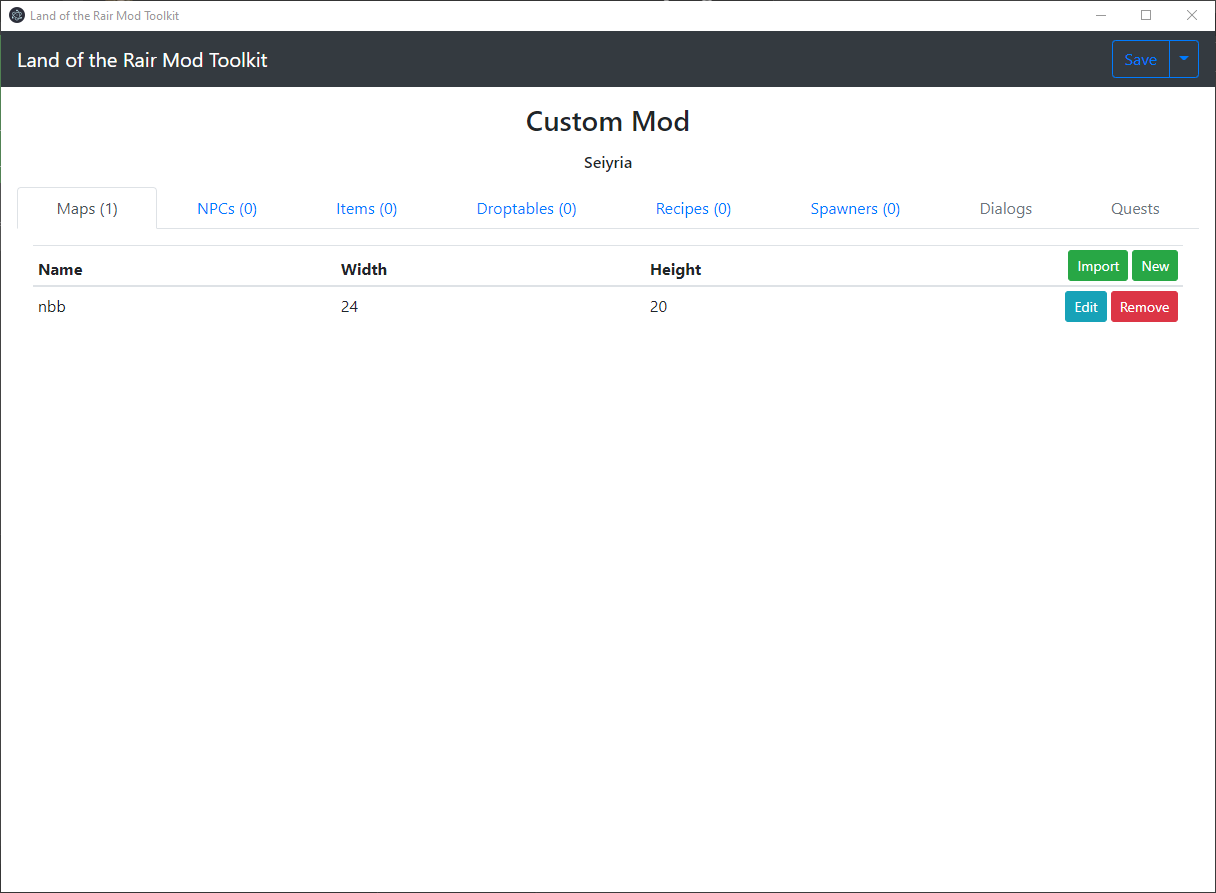 The mod kit will be a standalone tool to create mods for Rair. Mod might be a bit of a nebulous term, so I’ll clarify what exactly that means:

The game will be able to load mod packs, which can contain maps, items, npcs, or more. I plan to personally use the mod kit to make mod packs for the game, as well as retroactively rework the game to utilize mod packs. This tool will ideally be a one stop shop for most things Rair, although there are some things that will still require manual editing.

I plan to make a way to host these mod kits as well, and easily integrate them into the game.

Anyway, more about the mod kit!

The mod kit will let you grab the live copy of resources and a functional, working version of tiled without having to fiddle with downloading it or configuring it, which should significantly ease setup pains. It will also have comprehensive editors for everything, as well as convenient tools for NPCs, items, etc: 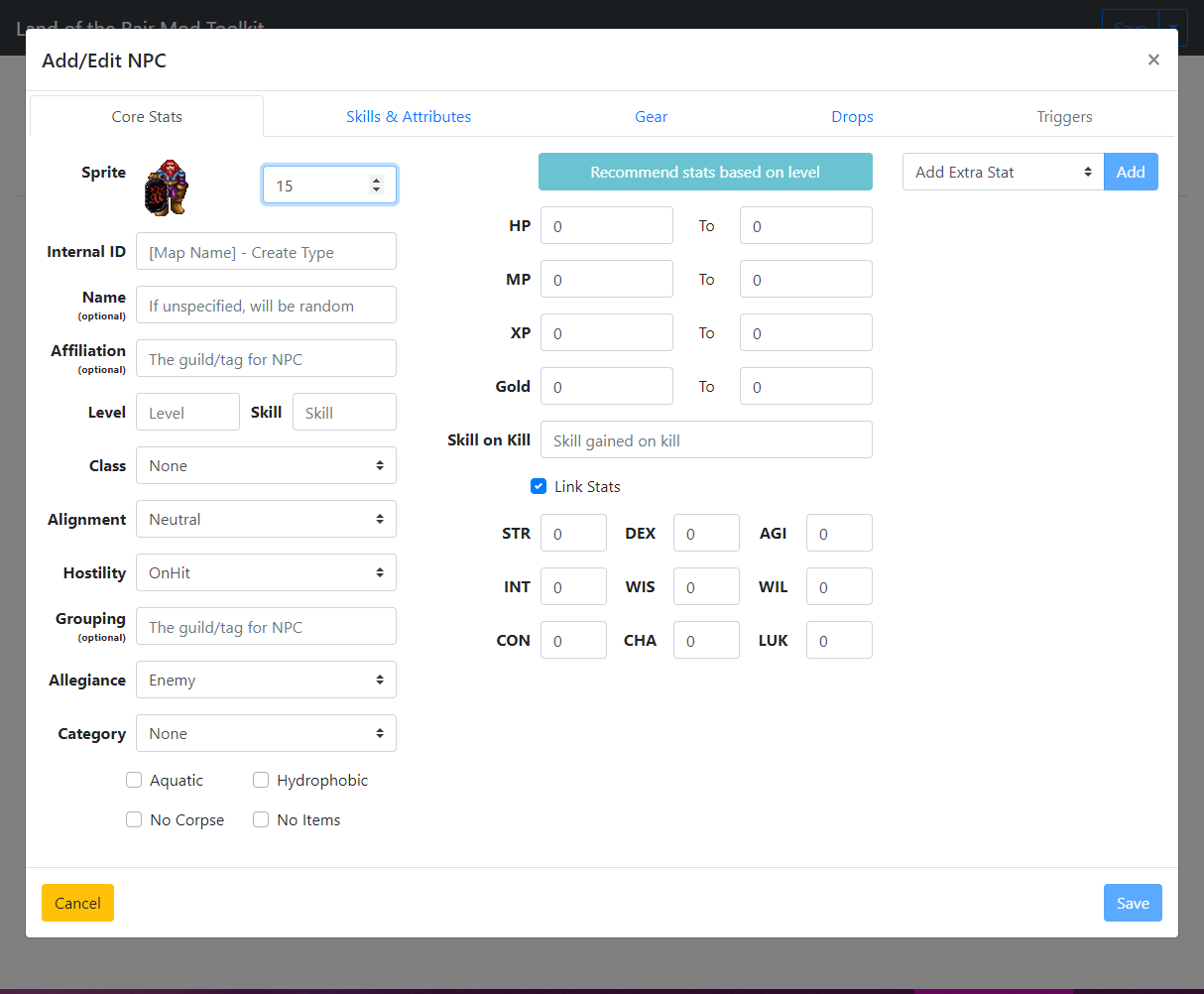 I plan to have a simple dialog/quest editor, although they’ll be very raw. Down the line, I would like to see if I can create a WYSIWYG drag/drop editor for quests and NPC dialog.

There will be more posts on this later with more screenshots, but this is a good start.

These last two weeks were pretty much mod kit stuff, but a bunch of small features/bugfixes snuck in too:

There’s still a lot of modkit work to do, as well as testing, but it’s off to a great start so far.