Hey everyone! Feels good to ship all this cool stuff. We’ve got some UI improvements this week, some “just cool” features, and some rebalancing! 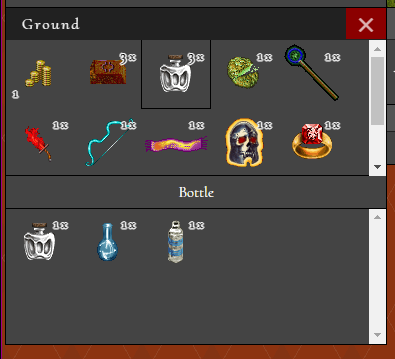 I’ve added a new option to the options menu to allow players to have a slightly larger ground menu. This one will scroll downwards, and have support for two rows. Future iterations could support a larger window yet, but I’ll let this one bake for a while before adding more.

This was asked for forever ago, and it turned out to be pretty easy! Enjoy. 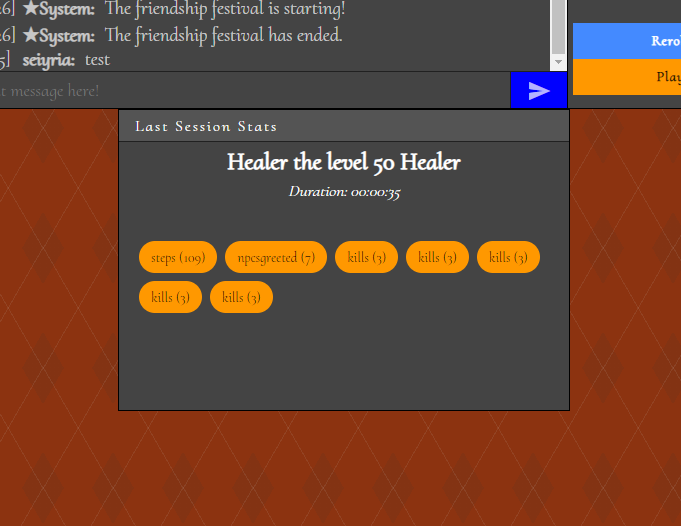 I saw this talked about in another server about another game. Right now, the stats I track for leaderboards and such is fairly small, but I copied those stats on a per session basis too. So, when you exit to lobby, you get to see a brief recap of your time in the lands! Please note, in this image, it shows kills a few times because I was testing something. Ordinarily it will not do that. 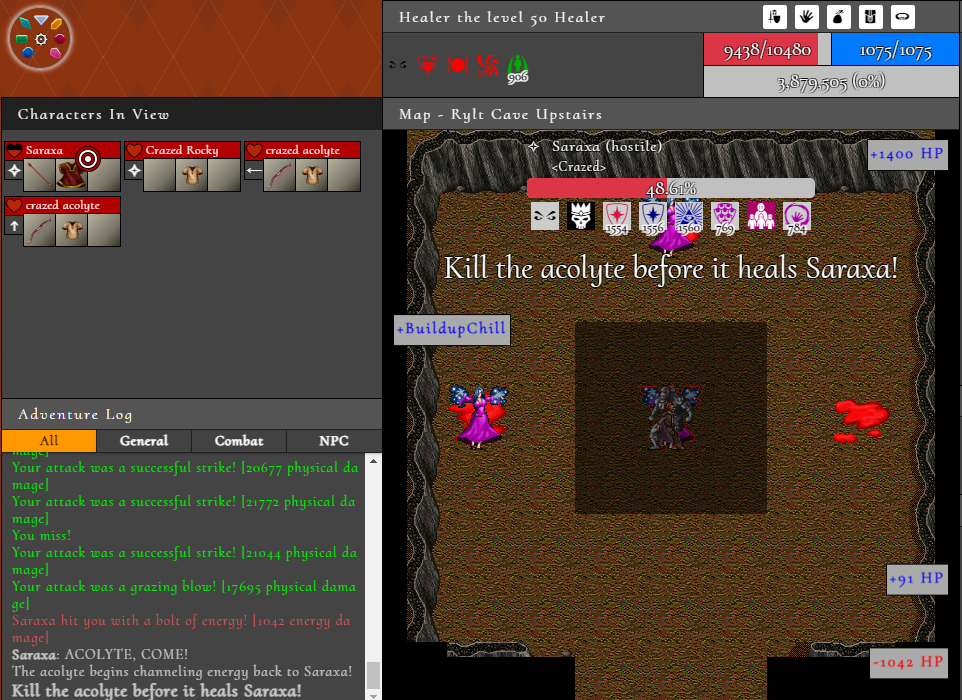 Now, the game can send context specific messages (“banner messages”) to you when certain things are happening. There is an option to toggle them so they don’t show up in the log, but they’ll always show up on-screen for a few seconds.

These will help with sharing some telegraphs like with the existing “hard” bosses. They’ll also be useful for other things going forward!

Something I always strive to improve is the user experience with automation, and playability with macros. While automation is satisfying for me, it is generally at odds with what a dev would focus on, but I felt this was important for a few specific useful macros, so I went ahead and did it anyway.

You can now add things such as $first, $random, $strongest, $weakest, $farthest, and $closest to your macros for targetting purposes, such as with cast cure $weakestplayer. You can find a full list of options here (scroll down to “Advanced Macro Substitutions”).

Mage got a bit of a rebalance to feel more viable, and it’s gotten a stamp of approval so far! There are a few facets here:

Warrior also got a few smallish changes, I think mostly to bring Cleave up in damage. It sees a few new skills as well to bring more options to the toolkit, and unarmored savant was weakened for non-monk-spec characters.

Solokar, a totally randomly generated dungeon. I’ll likely be heads down on this for a few weeks, if I manage to finish it soon at all (this will be a busy month coming up!). It’ll be fun, and I’ll post progress pics in Discord!