Hey everyone! A few more miscellaneous fixes. We’ll also talk about rebalancing the game, and how that will be getting much, much easier with this update. This post is actually the culmination of a larger pending update, so I’ll detail all of that here as well.

It’s been coming for a while. I sat down and downscaled the HP globally through the game, so creatures have far less HP. With this, I’ve also downscaled weapon damage significantly, to bring everything into fair parity. This should let weapons be viable for longer. Creature balance is tricky, but I hope this is a step in the right direction!

Additionally, creatures now work on a “Challenge Rating” system. Creatures are now given HP, MP, Gold, Damage, XP, Stats, and Skills based on their level (if not otherwise specified). A lot of creatures will only take HP, Gold, Damage, and XP from these values (most of them still have specific stat and skill loadouts). This should help balancing the game as it’ll be more balanced around level instead of what felt right. This will also make future balancing more straightforward.

Magic downscaling will come after this, but at an indeterminate time. 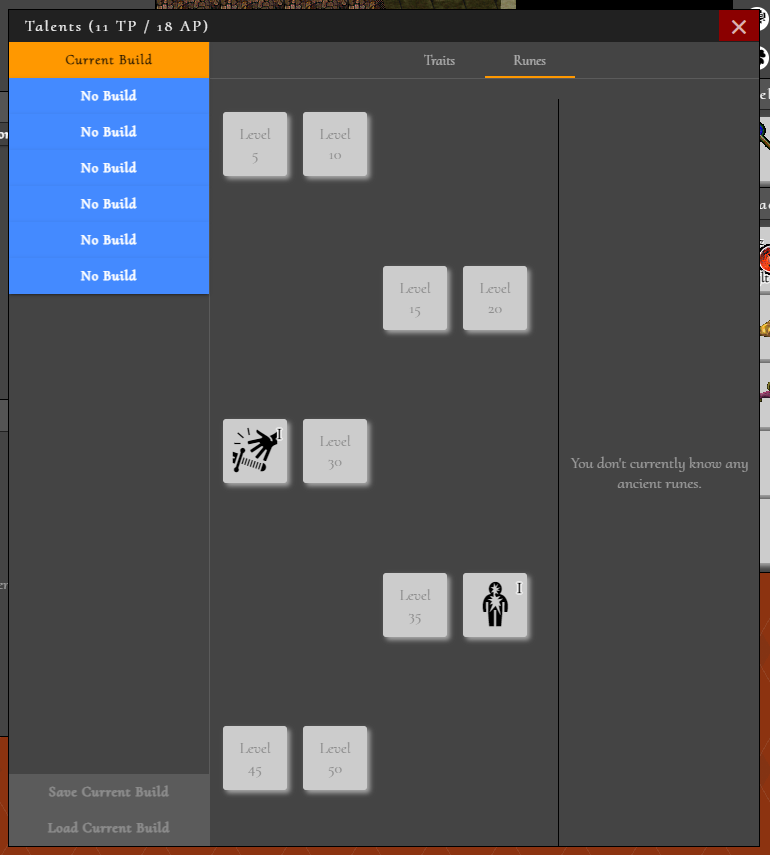 You can now save builds to quickly go back and try out different loadouts for your characters.

As part of streamlining features, it made sense to begin consolidating like-features. Saving just your traits when saving a build made no sense, as they’d often have dependencies on the runes as well. So, they got merged! That way you can see your builds in a one-stop shop: Talents.

I still haven’t started rewriting the spell system. I’ll get there, eventually…