Hey everyone! It sure has been a long time. Jobs are a rough thing, but I’ve finally got a good balance where I can contribute a little more to Rair now than before. So, this past week I fixed and published a ton of fixes, as well as I’ve made a ton of progress on the mod kit. There’s a lot of cool things to cover, so lets get to it! 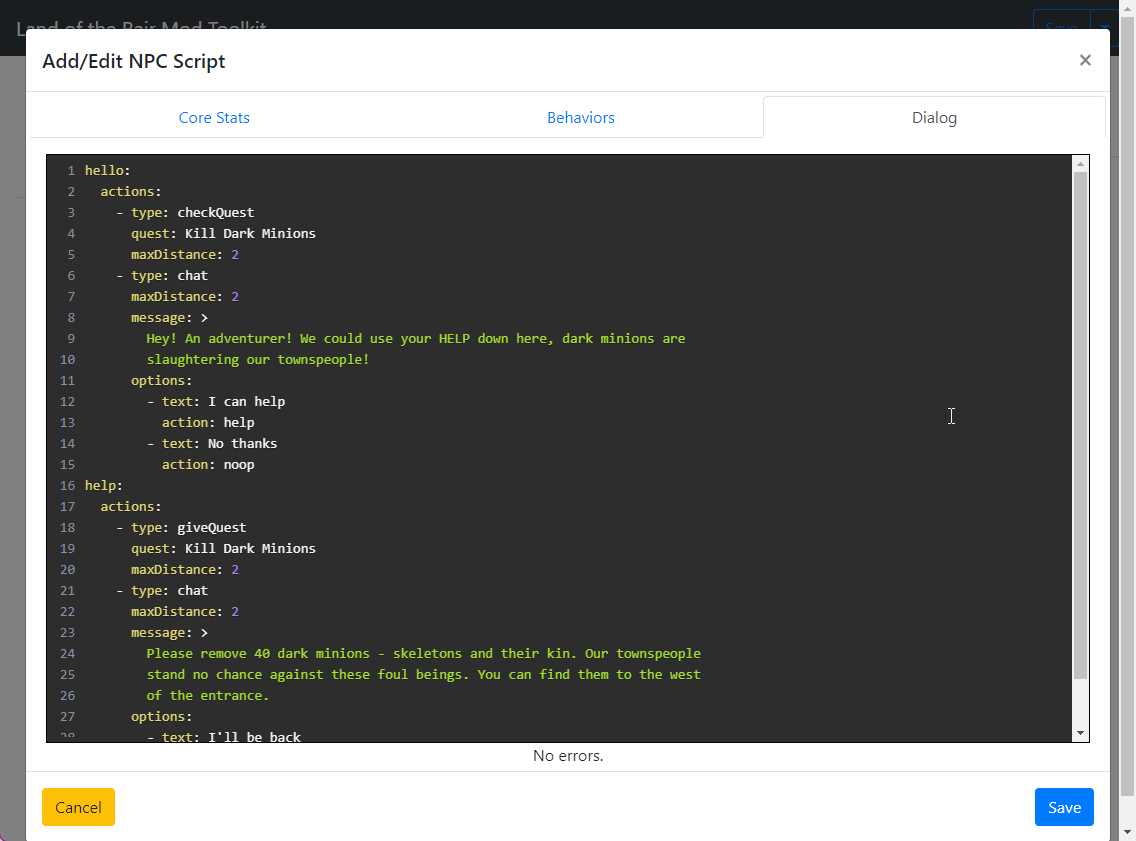 The mod kit has been coming along really well. I now have a basic editor in place for quests and NPC scripts. Unfortunately, you’ll need to know the YML formatting for creating behaviors and dialog options for an NPC, but luckily most of it is copy-pastable. I will like to expand on this in the future. 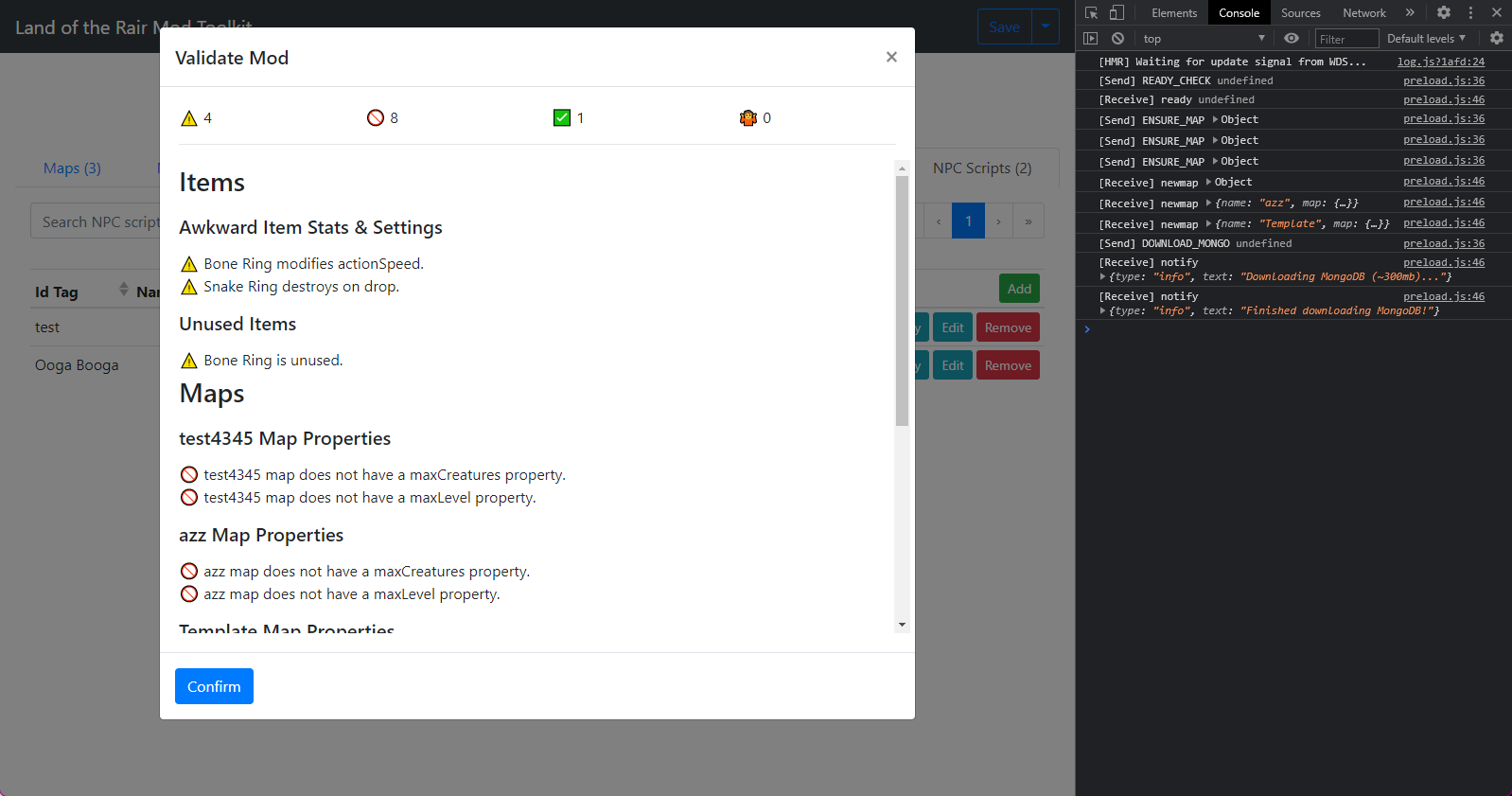 There is a new “Validate Mod” option, which will show you unused, broken, or other general issues with your mods.

Currently, I’m working on a flow that will allow for you to test your content locally by hitting a button, as well! I think this will make it much easier for users to test their own stuff to make sure it works as expected. Here’s a bit of a list based on what’s working and what remains for that feature:

Suffice to say, that feature is almost complete, and it’s arguably the coolest feature in the whole kit!

As for things I would like to see done before the mod kit is fully released, I have a bit to do yet:

Unfortunately, I’d say we’re hardly halfway there. The UI work is mostly done, but there remains a lot of unknowns when it comes to the mod kit dependencies and such. But, one step at a time.

While the bulk of my work lately was the mod kit, here are the features and bugfixes that made it in (that are of note):

There’s still a lot of modkit work to do, but we’re closing in on what I hope to be the end.