Land of the Rair Dev Blog #21 - Fighting and Singing

Hey everyone! Another week of spells and traits. And a lot more! Good news: Warrior and Thief are completely finished (whew!). I’ve also gotten a lot of help from a new contributor, Wrexbe! I’ll highlight those contributions and I get the feeling it’s something you’ll all like. On top of all this, Thief got a new spec, which I’ll talk about as well.

I’d like to take the first block here to highlight the Shadowsong, the new spec for Thief. Shadowsong is a hybrid archer/bard spec, in that it gets some traits to buff bow attacks, and some traits to do some singing. These songs are buffs, debuffs, heals, and damaging spells that happen continuously.

You cannot hide while singing, unless you have the final trait (“Shadowsong”). Singing will also drain your MP as a Thief, but there is a trait that restores MP on attack so you can maintain 100% song uptime if you’re constantly attacking.

Shadowsong also brings with it a new damage type, Sonic damage. Sonic damage is a type of magic damage that is not mitigateable (currently) by magic resist, nor are there any items to lower Sonic damage. You can think of it as absolute or pure damage. There are no plans to give Sonic damage to anything else just yet. 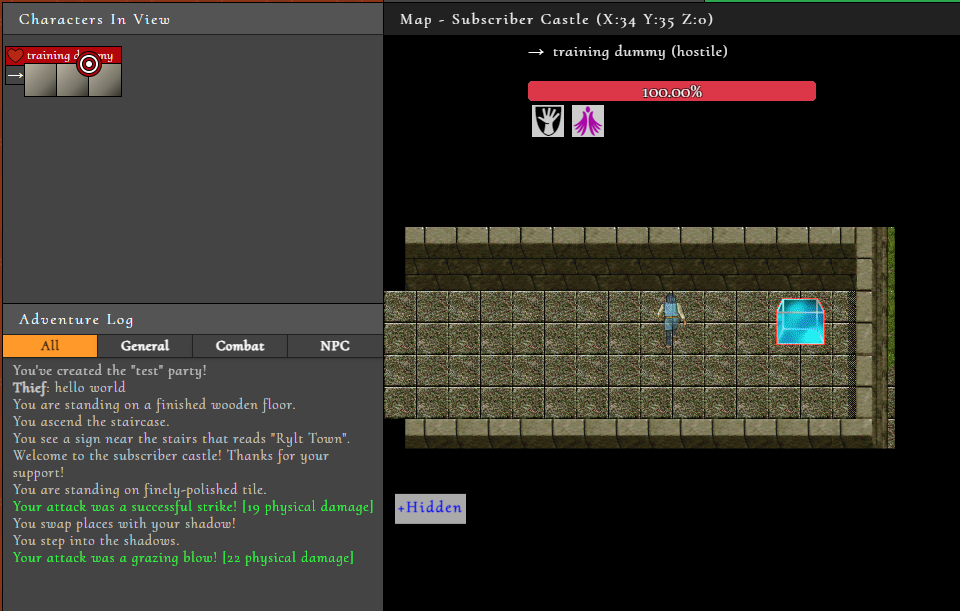 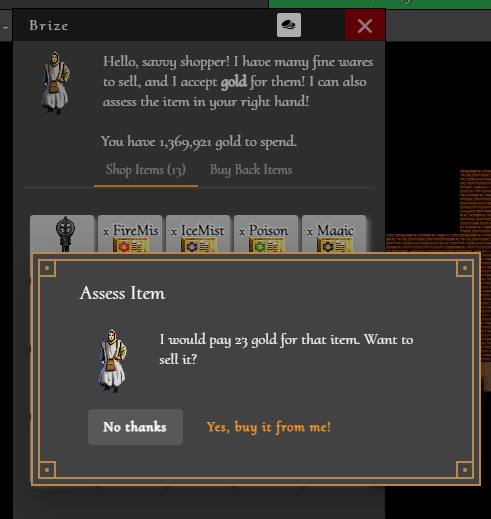 Suggested by Wrexbe, there is now a way to appraise items at any shopkeeper. You might notice a new coins icon in the shopkeeper title bar. Hit that, and you’ll get a prompt telling you how valuable the item in your right hand is. It’ll even have a quick option to sell it!

Warrior now has the ability to “specialize” in a weapon by spending a TP. You can specialize in any kind of weapon in the game.

The Other Spells & Traits

Yzalt! We’ll finally get this show on the road so you can try out all these new spells I’ve added.