Hey everyone! Another week of spells and traits. It’s still slow! But it’s coming along. This week had a lot more unique spells and effects that came along with it, which I’d like to talk about for new and returning players. Past that, there was another long list of spells added. The Healer class is expected to be done next week, at this rate! Mage will follow shortly after, with the two melee classes trailing a bit, as they have some more unique things.

Build Up And Burst

With this update, bursts are coming back. How these work, any time you cast fire or ice on a target, it will “build up” an elemental attack (see the 17% in the pic above). When this effect reaches 100%, it bursts, doing a unique effect per element. For now, there are only two effects, one for fire, and one for ice. Fire will burn the target for 5% of the total damage it received while burn was building up, each second, for 10 seconds. It’s pretty powerful! Ice will inflict a powerful chill effect that causes the target to act at half speed for 10 seconds. 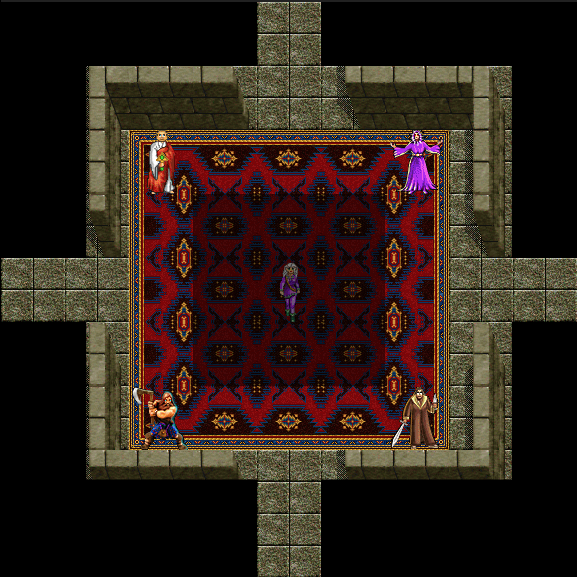 Darkness was always a bit of a fun thing to have. Especially as thieves, you want to know where it is at all times, because you can hide in it. If you notice, there’s a slightly dark area in the middle of the screen that I’m standing in! That’s darkness when you have DarkVision on. If you don’t have DarkVision on, well, it’ll be a totally blank screen.

Light works the same as in Rair 1, where it dispels darkness. For those not familiar, it also prevents darkness from being recast on those tiles for a period of time, so it’s not a constant dark/light struggle. You can buy a bit of time before darkness can affect that spot again.

The Rest Of ‘Em

As stated, I’ve added a new trait called Internal Fortitude. I never liked how the “shared” trait list was pretty small, so I want to add more traits for every class. Internal Fortitude is the first. This trait came with a new change to how quick-hit debuff spells like Stun, Snare, Daze, Blind, etc work. To prevent it from being an obnoxious stat race (I need my INT > their WIL, etc), but also to prevent it from being totally random, these spells have changed how they work. They will now roll your primary stat (INT, WIS, etc) vs their WIL roll. If you exceed their roll, the debuff applies. Internal Fortitude boosts WIL rolls by 2 per point, to make it a bit less random in that regard.