Land of the Rair Dev Blog #16 - Into Instances

Hey everyone! Yet another great week this week. We’re slowly coming back to parity with Rair 1, and there honestly aren’t many major missing features left (ignoring the egregious gap in content and traits, of course). This week brings parties, instanced maps, premium benefits, the leaderboard, some ui changes, the desktop client, and attributes. Which is a lot! So lets dive in: 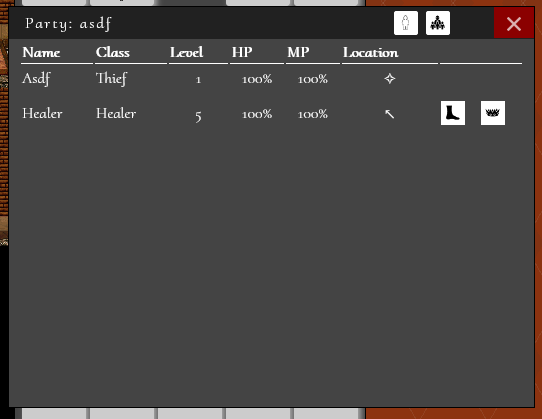 Yes, parties are back! The UI is revamped to be more in-line with Rair 2s UI, and it’s seen a few improvements too. As with other things, you will not need to use the command line to do anything - all the buttons are there. You can see in my screenshot that I’m the party leader, since I can kick or give the party.

As with before, it shows the location of your party members, up/down if they’re above/below you, and you can leave and break a party with the buttons in the bar (again, you must be the leader). There’s also a new button that isn’t visible here that I’ll explain a bit later on. 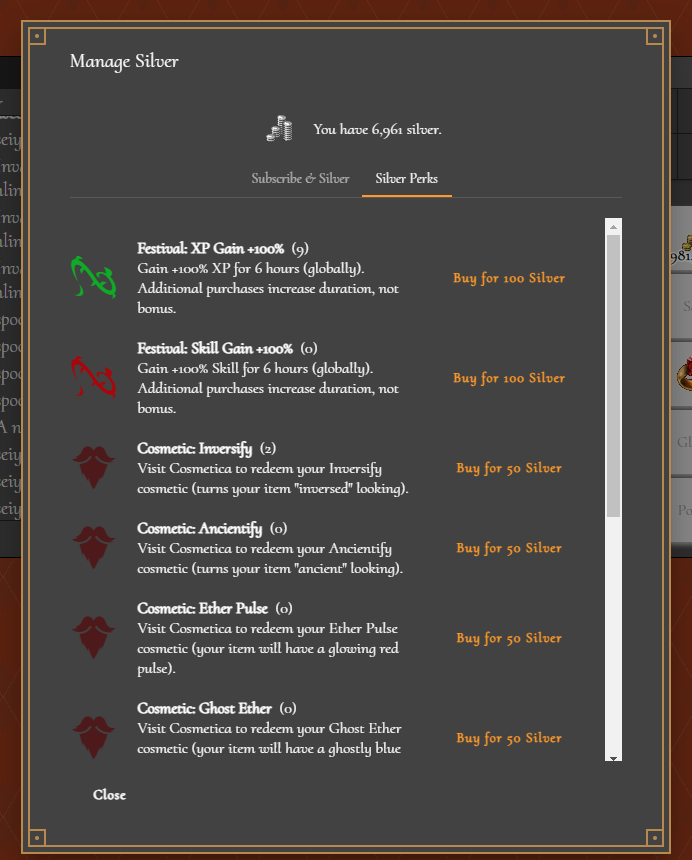 Premium is back! As of now, I’ve confirmed that all of the perks in the list work, although cosmetics are unable to be redeemed presently (due to a lack of Cosmetica access). This will be fixed going forward, but know that if you were to get some cosmetics, they’d be waiting for you.

Here is a listing of the premium features that made it in:

I know that Rair 1 may have ended inbetween some folks subscriptions and of course there was the silver spent from Rair 1. If you’re a Rair 1 player, I’ll give you 10000 silver and a 12 month sub, no questions asked. 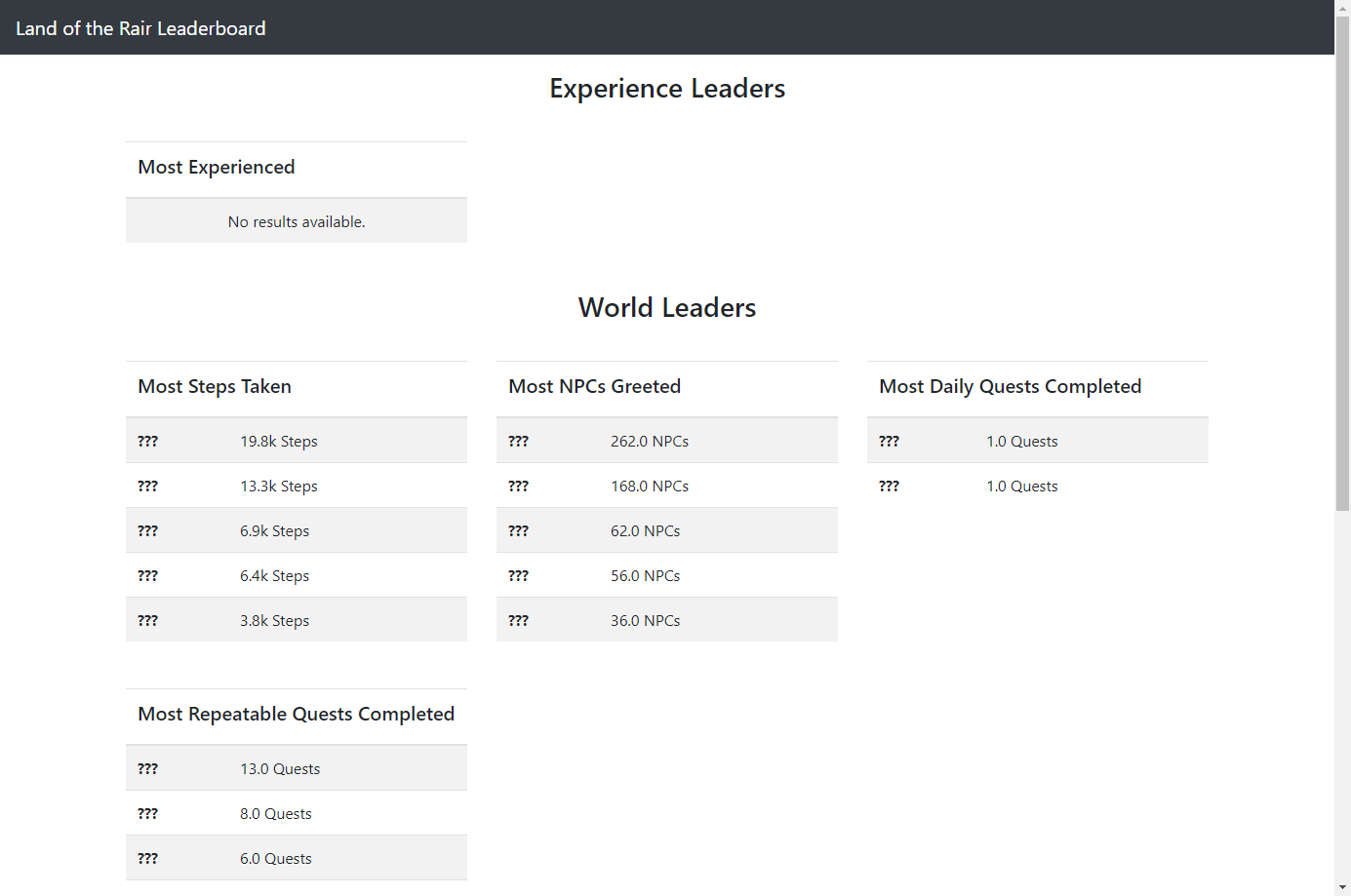 The leaderboard is back, and a little thin, but it’s functional. You can check it out over here. As it turns out, I forgot to store some of the data needed to build the leaderboard, so you’ll see a lot of question marks. But, as you log in and log out again, it should fix that to be your actual character name.

As a bonus, I’ve also made it so the main site now has a little tidbit of information about the game on it in the main area! You’ll see stuff like: “Join the 79 players who have died 40 times!”

The quick UI is back, for those who want it! Condensed hands, money, and potion into one small package for wherever you want to put it.

Auto Exec, a new feature I came up with this week, has been great for testing. I’ll be leaving this in for anyone who might find it useful.

Basically how it works: when you log in, these commands are executed. So, if you make a party every time you join the game, you can add it to Auto Exec and it will happen every time you log in.

Instances are back, and better than ever. To allow players to actually utilize instances in a meaningful way, a few changes happened:

While I do not expect anyone can engage at this time, Crazed Saraxa’s encounter has also been restored to test instances and the logic that goes on behind the scenes for them.

Yep, you heard me right! You can download the desktop client again right over here! From what I tested, it seems to work fine.

Next up, I plan to take a chill week and work through some things a bit more slowly. I intend to re-add a bunch of older spells and traits so players can have things to spend TP on again. After I get a bunch of spells/traits reimplemented, I plan to work on Yzalt.