Hey everyone! This has been a pretty sick week with all the cool stuff coming to Rair, including a few hotly requested features from Rair 1. We’ve got some new UI interactions, a few tidied up, missing things from the todo list, and a boatload of bugfixes. Lets dive in! 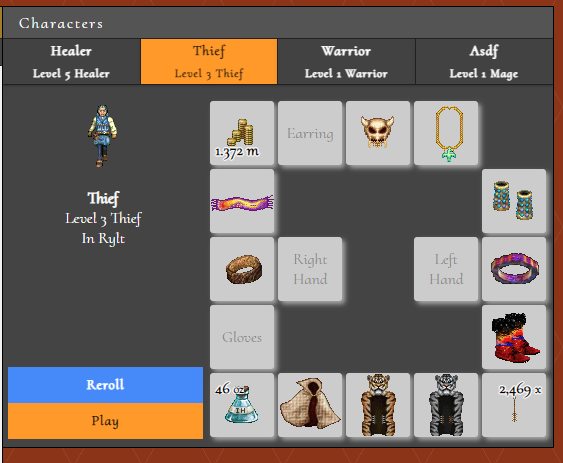 Wow, this is so much nicer than just a small box! For those crazy folks that name all their characters the same, this will help you distinguish them a bit better: you can see their gear, current gold, just as if you were in game! Of course, it shows you the cool stuff like where you are, level, class, etc. This is probably one of the changes I’m most excited for this week. 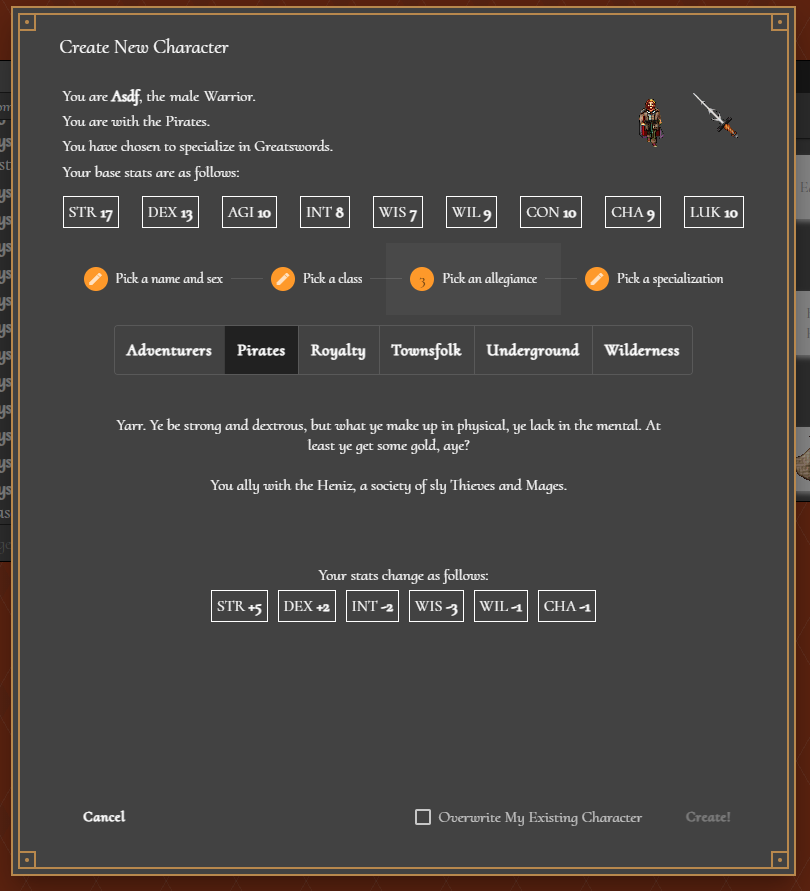 This week brings a few improvements to the new player experience as well! On top of the usual selections (name, sex, class, allegiance), you can now pick your weapon specialization! This means it’s no longer assigned to you seemingly-randomly (in truth, it was tied to the allegiance).

The icons were removed from classes, as I’m not sure they hold any value anymore with the new system.

You can now see a preview of your starting weapon and character sprite in the top right, so you don’t have to guess what any of them will be anymore.

And, lastly, you can now see how your stats change when you pick an allegiance or class. 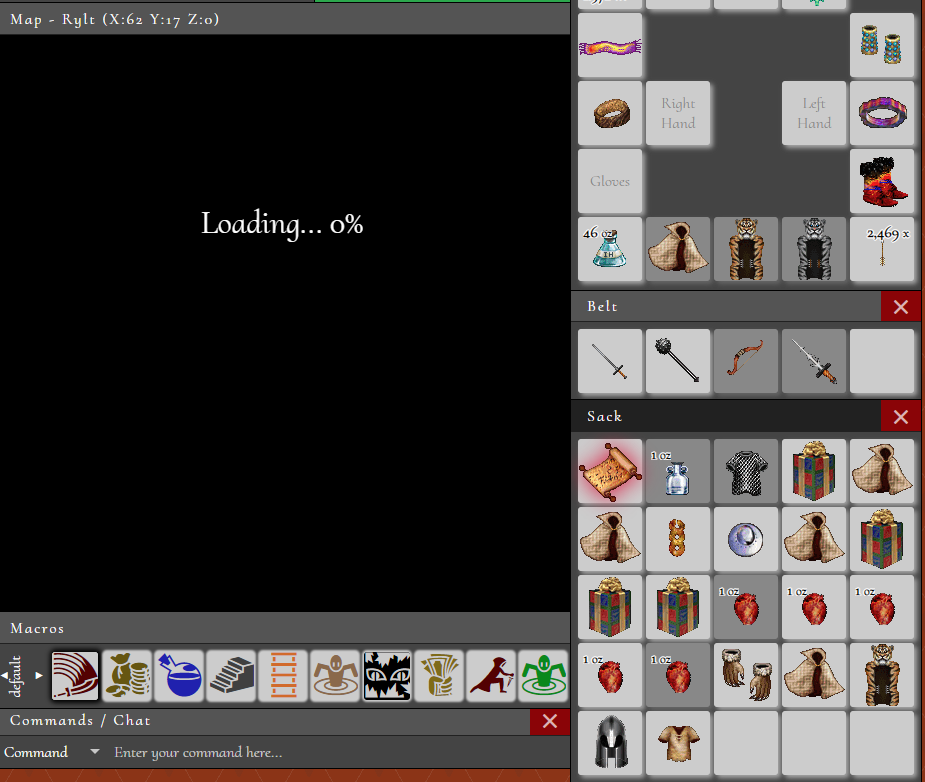 A very hotly requested feature from Rair 1: being able to multi-select and drag/drop items. Admittedly, it’s still a little jank, but it works pretty well! You can multi-select by hitting CTRL while clicking an item (again to un-select it), and you can drag/drop from equipment, sack, or belt onto the ground or anywhere else where it might be relevant. It may take a second to run all of the commands, but it works and it’s there now.

Next up will be a significant rework of combat, damage, and health in Rylt/Tutorial. Hopefully it will be easy enough to keep simple going forward. I hope this will only take a week, but who knows? Numbers are hard, and pinning the whole system down is hard too.