Hey all! This is a bit of a bittersweet week. A few good changes this week, but overall this week was somewhat unproductive. We have one big highlight: the game is live, and you can play it over at https://play.rair.land! If you’d prefer, you can also download the game. That said, lets dive into this weeks update. 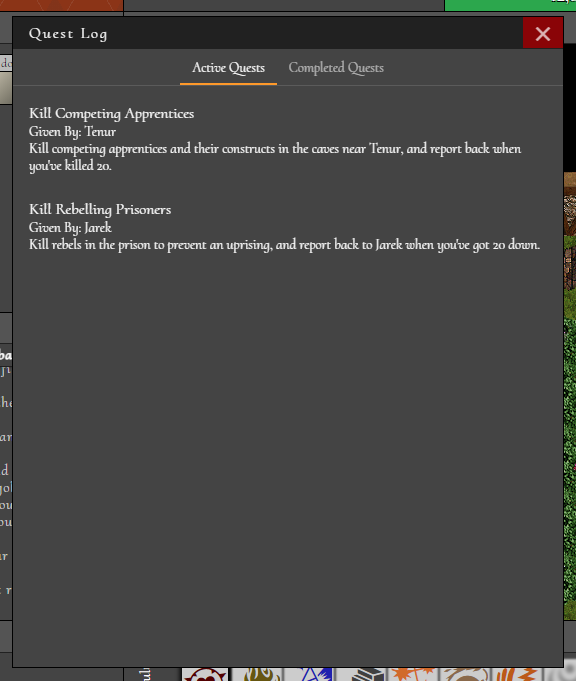 It was asked about for a long time, so I finally added a Quest log. It’s pretty basic, but it’ll track your current and completed quests. It won’t count every NPC interaction (Hermit, for example), but it’ll count any NPC that requires you to do stuff for them, basically. Maybe down the line we can have quest chains, too.

At this time, it doesn’t show quest progress, but it may in the future. 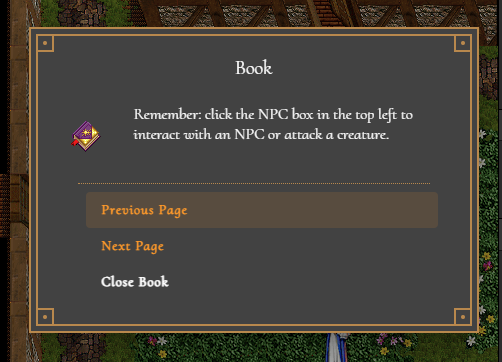 You can read books, at least ones that have pages in them. This still doesn’t quite cover books that need to be assembled (Frostlands quest), but it’ll cover the Newbie book, as well as a few others.

No picture here, but I wanted to talk about the upgrade in process from lotr1, in case people find it interesting. Basically, previously, it used to be a pretty big hassle to update, and it could take 10 minutes on my machine to deploy (on top of the frontend being able to update and be out of sync).

Now, I use GitHub actions, which lets me deploy them both at the same time, and any time a major update is pushed, they both get updated at the same time. You can [read more about that over here. If I did it right, this will also trigger a lobby notification that the game is about to get updated (which will eventually propagate to Discord). This resolved a long-standing issue I had where players would sometimes not know a game update was coming.

Well, we have to get the bittersweet part over sooner rather than later, so here it is. I won’t be able to actively work on the game for a while, which is part of why I rushed to open it up. I’m hoping that we’ll be able to at least attempt to balance the Rylt area, and there might be some help opening up the critical path (basically, the ability to kill all the NPCs) for future zones.

I don’t have a timeframe for this, but I’m hoping I’ll be squared away by the end of February or March. It’s a bit much to juggle two contracts and Rair, but one contract ends at the end of February, and the other is a bit more open ended. When I have a bit less on my plate, I’ll be right back here.

On the plus side, Rylt should be pretty well-balanced after a few months, so new players will get to enjoy that!

Quests are mostly good, but some things, such a daily quests, aren’t yet implemented. Quests that involve modifying items (Rocky, Bear, Roma) also aren’t implemented, since there isn’t yet an upgrade system. Hammering out the remaining quest details will take time too.

There may also be a pause on weekly blog posts, as I might not have a ton to share. I am really excited to get people to try out the game again, though!