Land of the Rair Dev Blog #9

Hey all! You know, this week started off pretty slow, but it really picked up, I’m even writing this a day early! I’ll get into that a bit more later. For now, happy holiday and/or thursday! Let’s take a look at what’s changed this week. 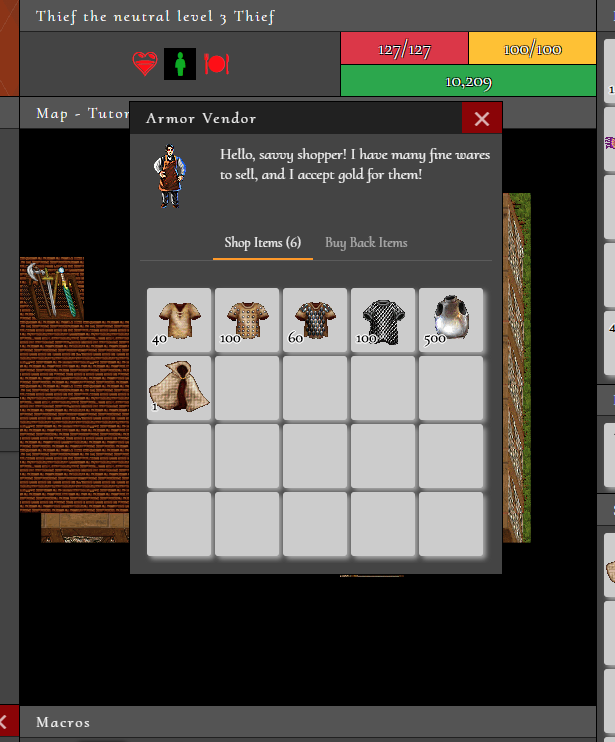 Vendors are now populated, and work! Daily items also work, although I’ve already removed them from the Tutorial area. Those will function similarly to LotR1. You’ll notice here that there are separate tabs for each area in the vendor as well. That’s a change that is fairly common throughout LotR2 - there are tabbed controls where relevant.

Macros are back in full force. You can still have up to 3 rows visible at a time, and you can change between them like before. A difference here you might notice is that if a macro has a hotkey (CTRL+A, ESCAPE) it’s shown on the macro. This is a WIP feature, but it’ll work for now.

Speaking of macros… let’s look at the new macro editor: 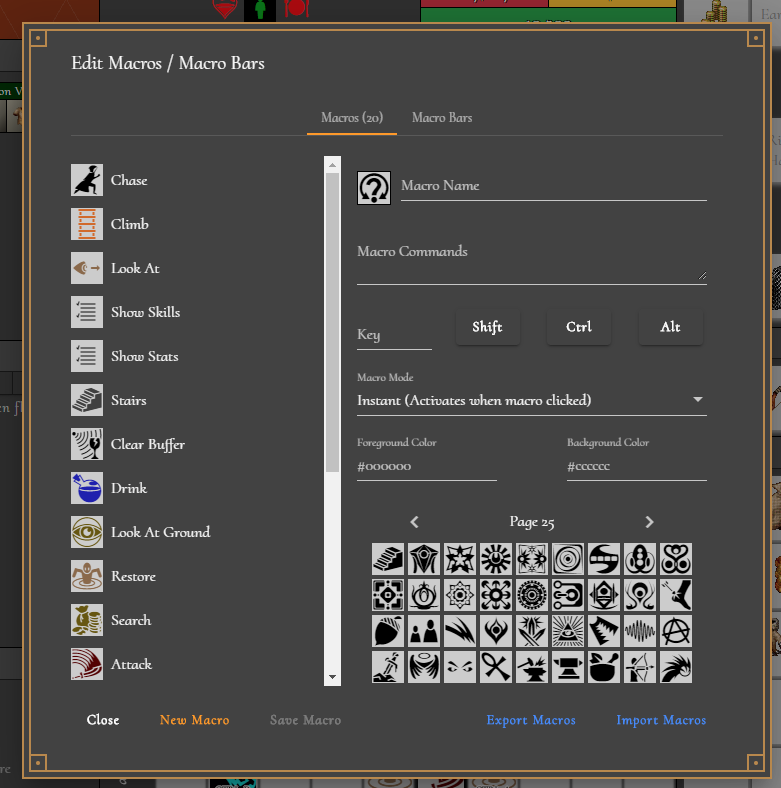 It’s probably about the same as you remember, honestly. A few nice things here and there, but the difference from before is you no longer have to load 3 modals to access all of the macro-related data. 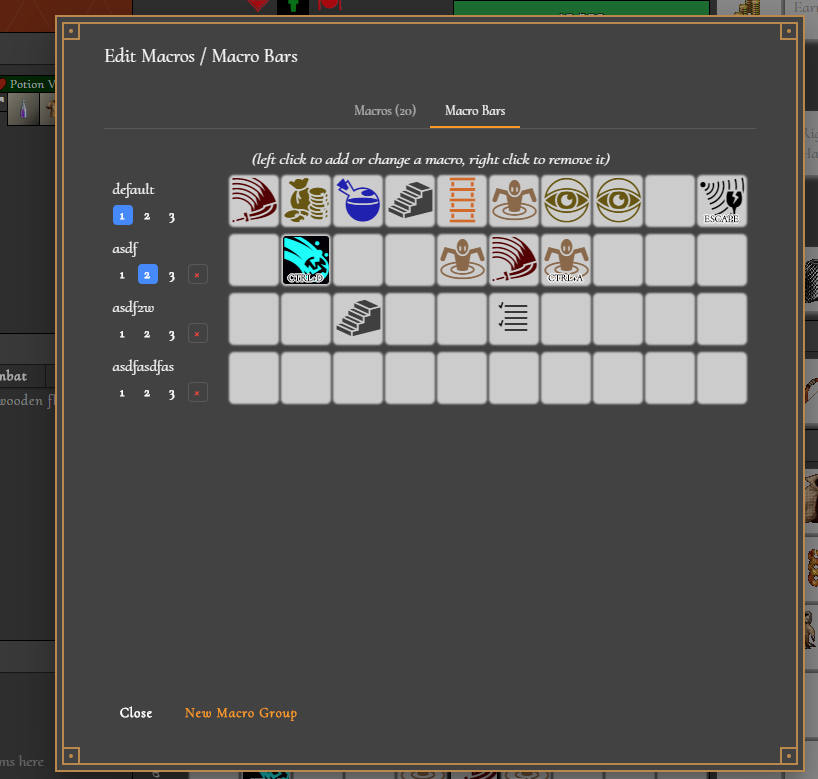 Again, it’ll look about the same. If it ain’t broke, don’t fix it.

Hmm… where did the armor vendor go? 👀

Green NPCs can now be killed. They’ll respawn on their own on a 5 minute timer. This will allow for me to create town raids - proper raids. It might lead to some cool stuff down the line. You have to manually attack them to kill them, though, so it’ll mostly be NPCs killing NPCs. Also, please don’t grief NPCs. Also, green NPCs will not drop their hands under any circumstance. They’ll probably eventually fight back, too. This is a new system, so it’ll be tweaked a lot, I’m sure. 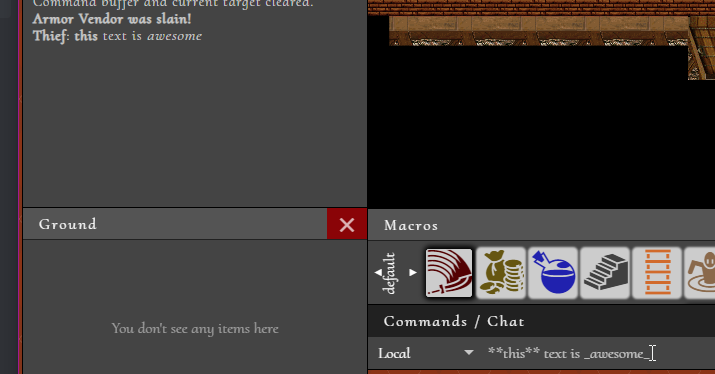 You can now bold and italicize your text. This should help when communicating to emphasize whatever you’re talking about. Namely, this will also let NPCs do the same.

I’ve started tracking everything in a changelog, which will be updated frequently. I really wanted to knock this out soon so I could make sure it was all working correctly. It’ll contain more details than these blog posts.

You can find the changelog here.

I’m working on Traits. They’ll be a bit different this time around, but I hope to have at least a basic version soon, with the ability to reset traits, learn traits, and cast spells (and have those spells do damage!) soon. I’m not sure if it’ll be a week or not, but hopefully so.