Land of the Rair Dev Blog #7

Hey all! Wow, time flies. And so did the features! There’s going to be a lot of pictures this week, so I hope you like ‘em. There’ll also be a lot of text, too. A lot changed since last week!

A Picture Tells a Thousand Words 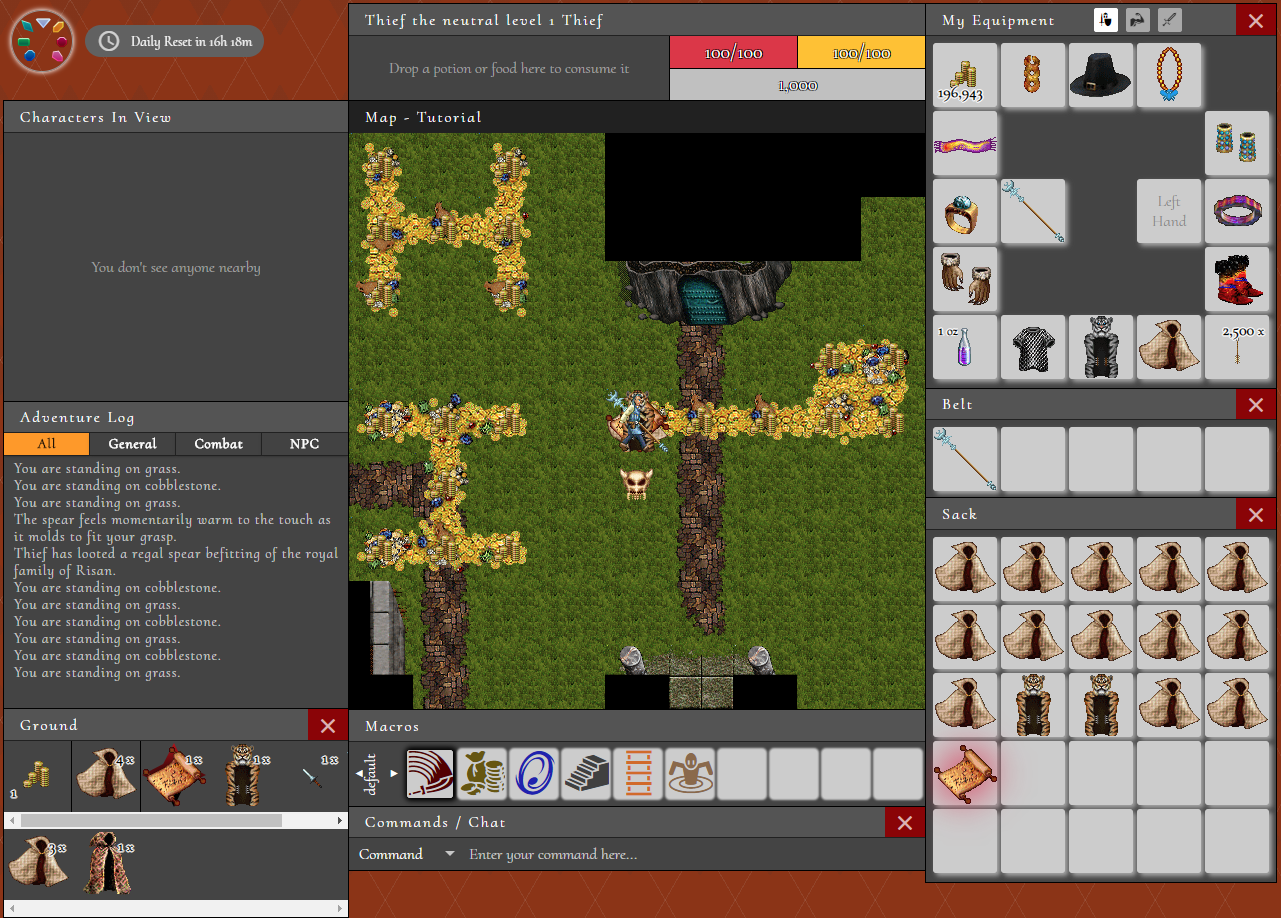 There is a lot going on here. And a lot of it is new. So let’s break this one down bit by bit. 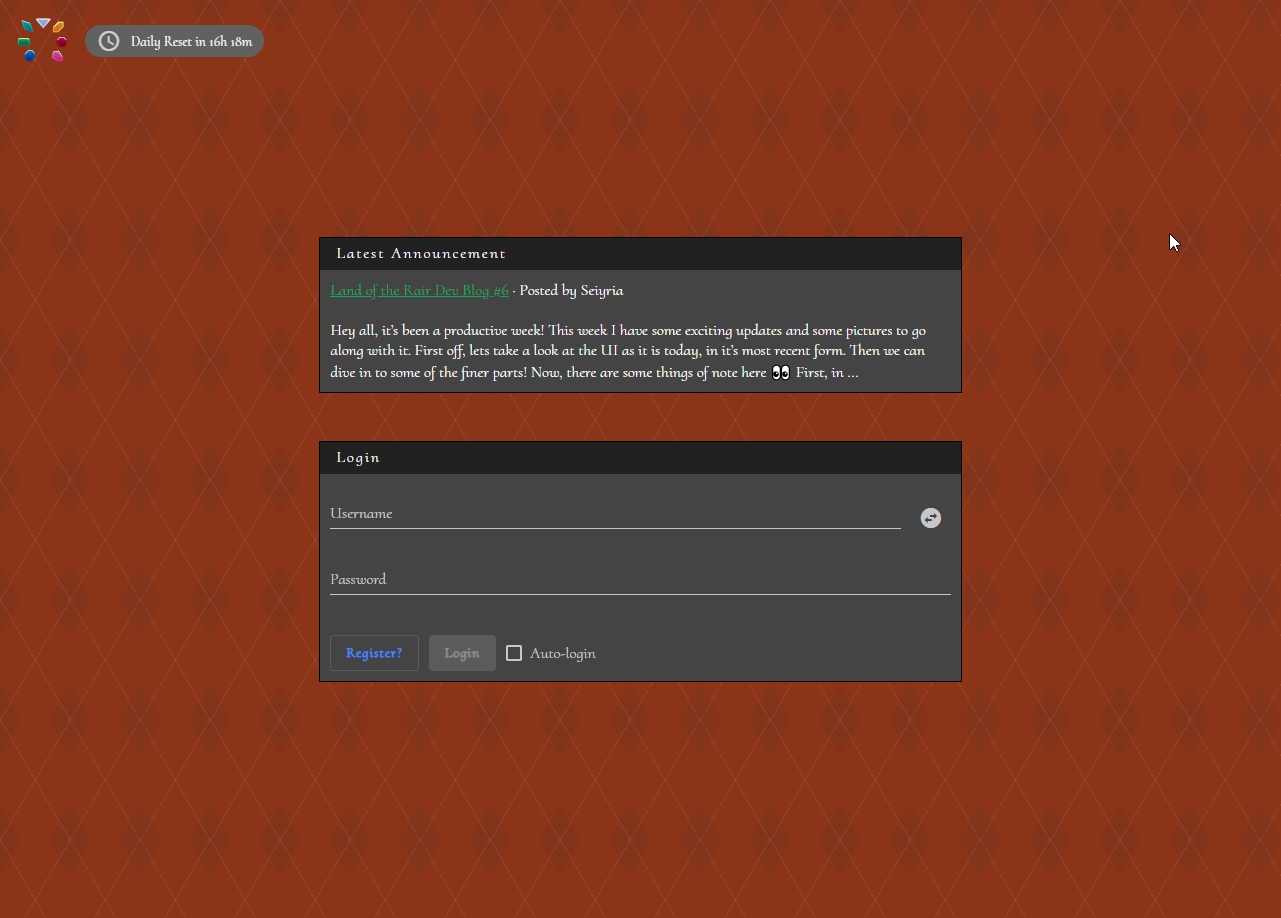 Notice anything new? If not, well, I haven’t shown this screen much, so that’s pretty fair! There’s now a dedicated announcement box that links to blog.rair.land (you’re there right now!). It’ll show the latest announcement. 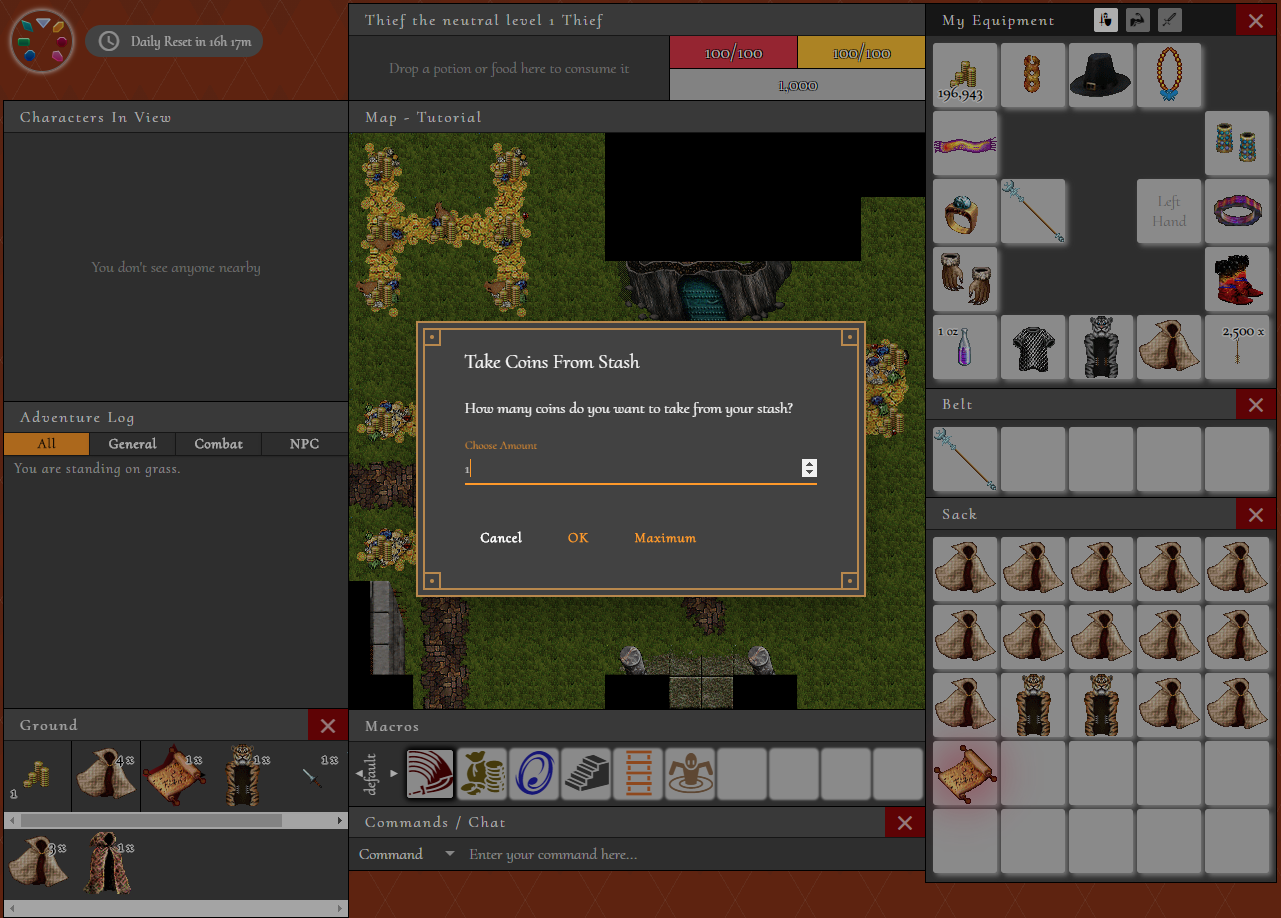 One thing that always bugged me in LotR1 was the inability to have more buttons on the “take coins” and similar dialogs. So, now we can have as many buttons as we want. This dialog shows the start of it, but this will soon extend to bank, shop, etc.

Currency in general also got an overhaul. Knowing that event currencies will be a thing, there’s a functional wallet in-game that tracks all of your characters currencies. With this system, it’ll also be possible to give out custom event currencies and create custom shops!

Truely, a Sight to Behold 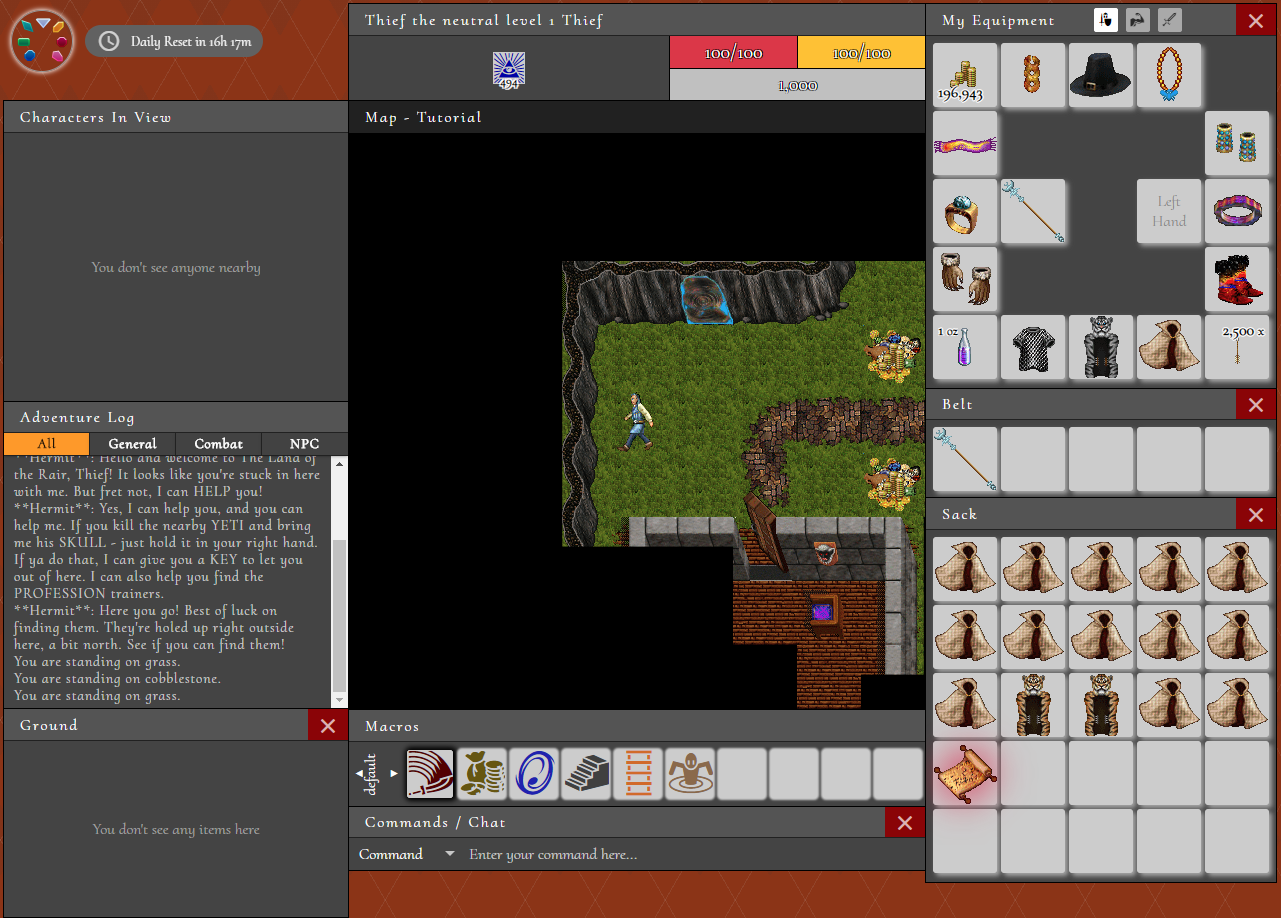 What’s this? Buffs? And it works? Well, yes! There are still no spells, but TrueSight works, as well as the general effects framework I built. It’s designed to be slightly more efficient than before, and will result in less network data consumed than the previous version. You can still unapply buffs by right clicking them, like usual. 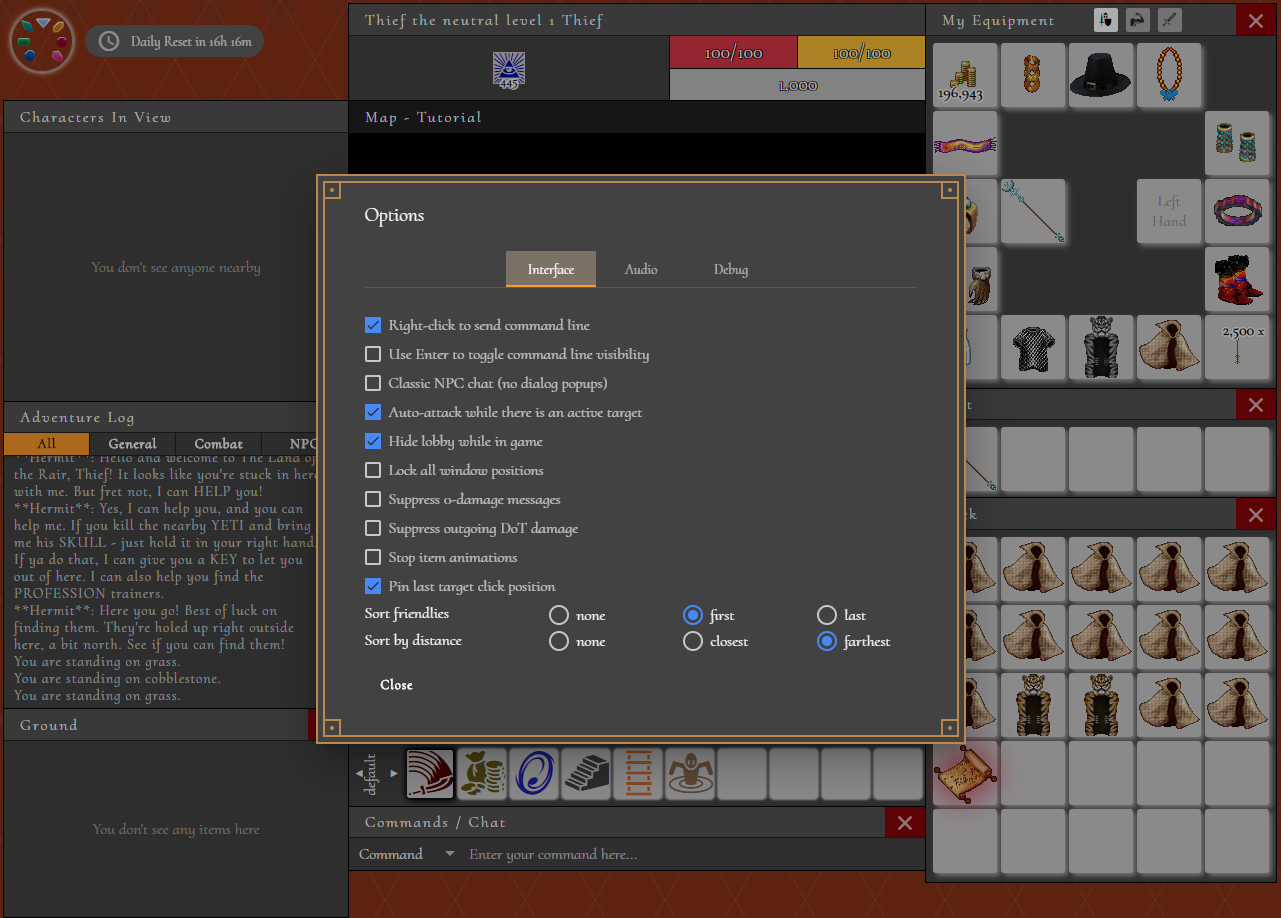 Here’s the redesigned options dialog. It’s a bit cleaner and more thematic than the previous version. It also compressesd the debug options into this tab, which, I’m not sure anyone used before, but it’ll be there for anyone who needs it. At present, none of the interface or audio options work - that’ll be coming in the future!

A Menu of Choices 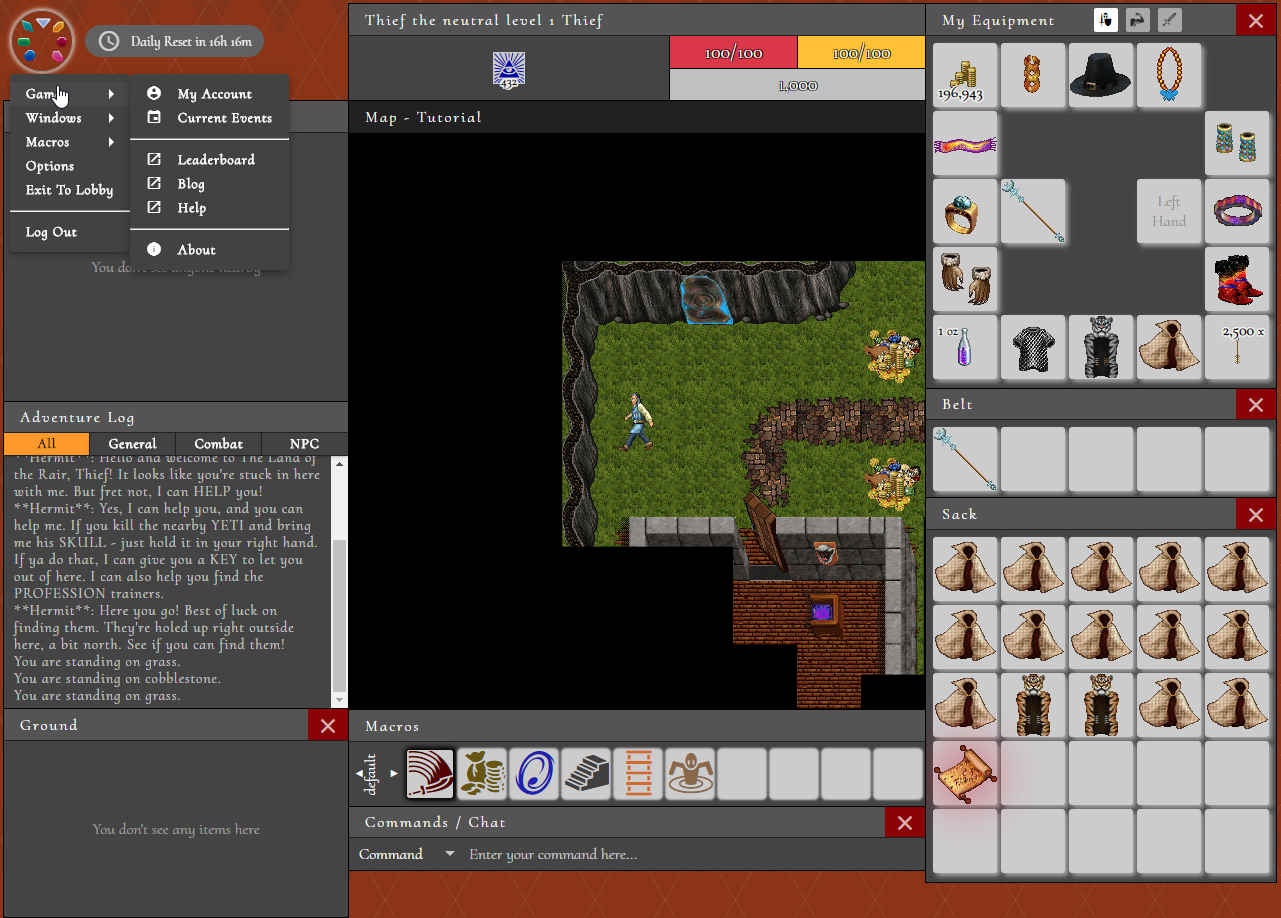 The main menu has been redesigned. Previously, they were weird button things, they didn’t really fit, admittedly. After some thought, the new menu has come to it’s probably-final form and design. It’s all accessible from the Rair button in the top left!

Here’s a bit of a different highlight this week. A community member, pngquest / Jeff has been working on a new sound for Rair. You can find a few tracks on his Bandcamp. If you have thoughts, drop by the Discord and tell him what you think!

Well, this week didn’t quite go as I planned, but arguably, I think it went better. The only thing I didn’t touch this week was melee combat, and that’s mostly because everything else turned out bigger than I had expected. So, what’s coming up:

There are a lot fewer big features coming this week, which is honestly a relief. This last week was mad stressful due to all the big stuff. The biggest thing coming up, and I think one of the last really big things (besides Traits) is melee combat. That is the core of the game in general, so it’ll probably be a while to rework, but there shouldn’t be many major changes to what you knew of the combat system before!