Land of the Rair Dev Blog #6

Hey all, it’s been a productive week! This week I have some exciting updates and some pictures to go along with it. First off, lets take a look at the UI as it is today, in it’s most recent form. Then we can dive in to some of the finer parts! 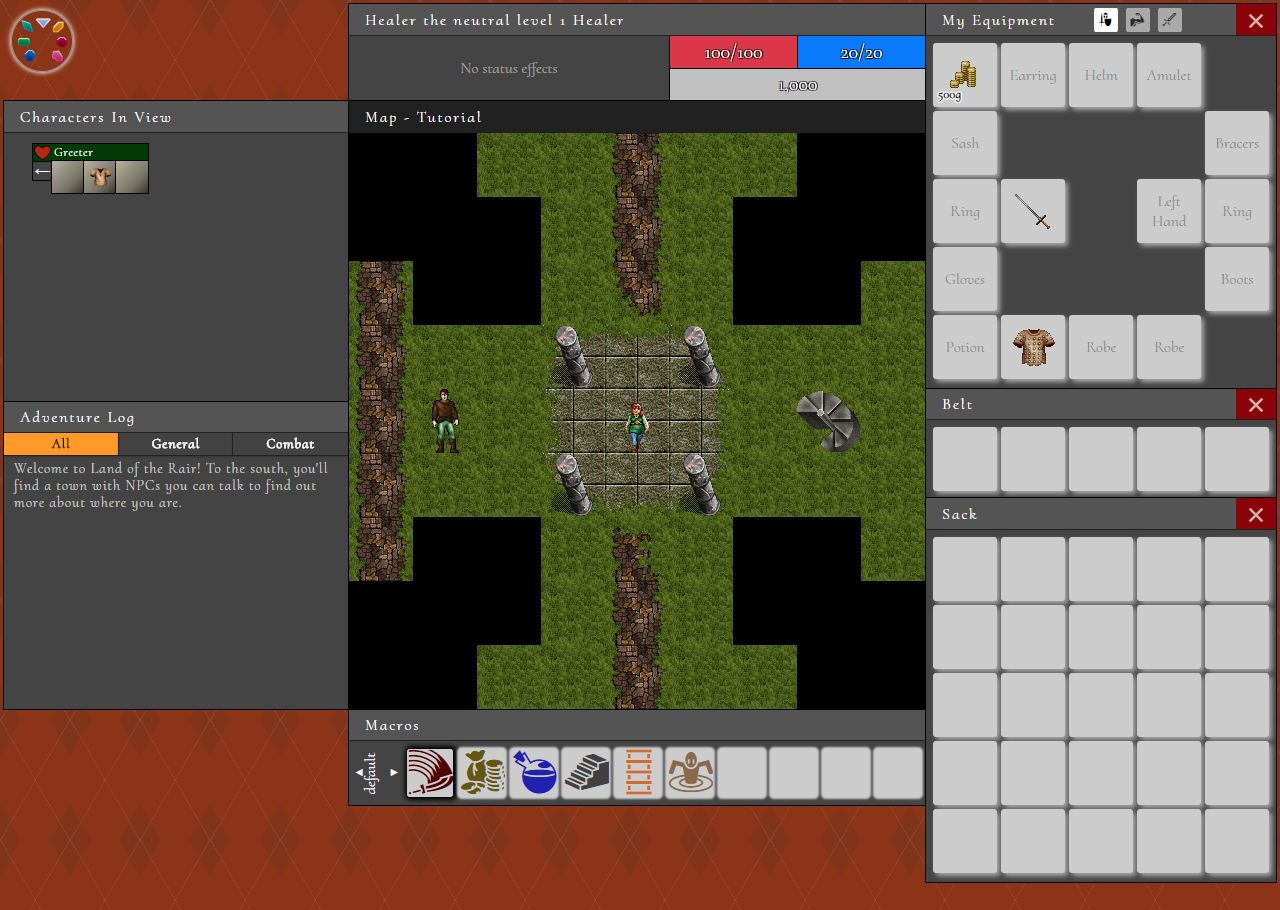 Now, there are some things of note here 👀

Some other, less obvious things that got completed this week:

Deeper Look at the My Equipment Area

Okay, so there are 3 buttons here. One of them is highlighted. What could it mean? 🤔

Alright. Well, if you haven’t taken a guess right now, here’s some images: 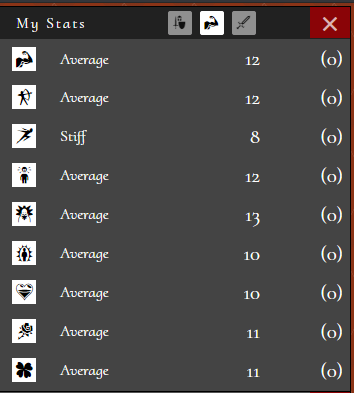 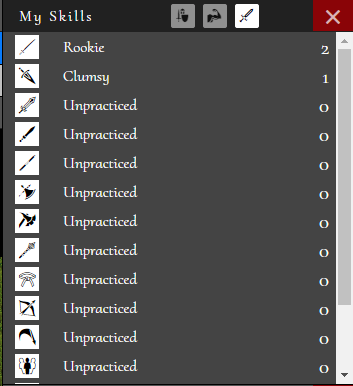 Yes! Stats and skills have been consolidated. Drakkar’s way of doing it was … dated, and a bit clunky. And my previous copying of that was a bandaid for the real problem: these windows took up too much real estate for such little value. So, I’ve moved them into a general “my character” view area. They’re tabulated in a list now instead of being a grid, and there are a few other nice surprises that will be more evident with gameplay!

Diving Into the Lost Command Line

A long-requested function of LotR was to have NPC dialog not be strictly command-line based. With the rewrite, I’ve come up with a mostly no-nonsense way to script NPCs, and as a bonus, we get this beauty: 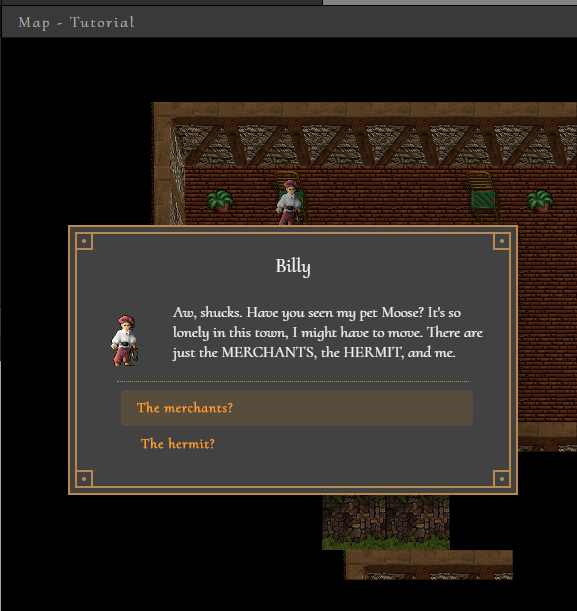 All NPC dialog can now be traversed through popups! There might still be hidden dialog options down the line, but the average NPC will walk you through their dialog tree with a simple click.

It took a lot of work, but it was worth it. And it’s still not done. I think right now, we’re at a point where I can talk next steps, too, and talk about what my TODO list looks like from here. So…

There’s a lot of important things to do yet, but I’ve been trying to prioritize them in a way that lets folks contribute more effectively, while also letting me get the critical path of the game done. My order for what’s coming next is as follows:

It’s a pretty stacked week coming up, but I think I can do it. There are a few other things that I’ll end up tackling too, like the macro editor, macro bar editor, other options popups, and a few other popups I’ve been neglecting. After that, man, there’s so much to catch up, but we’re getting there.

As a bonus, Sarimash has been contributing to LotR! This past week he crossed off a few small issues related to warning users about their screen resolution, and re-adding the subscribe banner (although that’s a long time away). Thanks!