Land of the Rair Dev Blog #5

It’s been checks watch over 8 months since my last update. Life’s been busy, covid has made it busy, and lots of life changes in the mean time. I’m not sure if I’m able to commit hard right now to LotR but I have been working on some serious updates to try to get the core functioning. I’ll open with a screenshot: 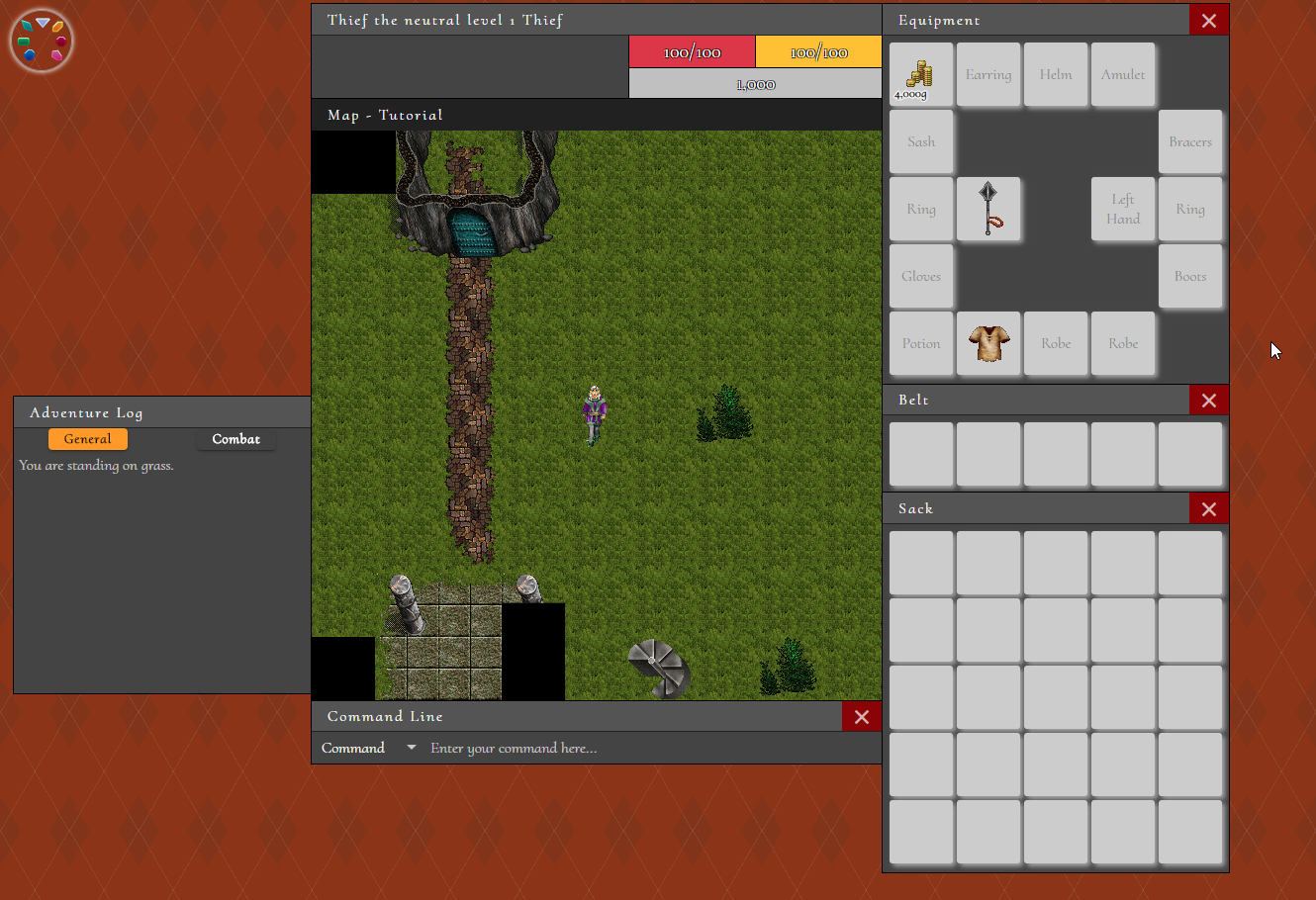 Note that this UI is only half implemented - a lot of it doesn’t work, but one of the major hurdles is getting it there so I can implement the functionality later. So here we are, it’s there even if it’s not done. I also have a lot of things in my “not blogged about” column, so I’d like to talk briefly about some of those.

That’s all for now! I’m not sure when the next update will be, but here’s hoping it’s soon!