Hey everyone! Lots of exciting weeks lately. This week was more exciting than more for me because I’m officially calling this version 2.0.0 for Land of the Rair 2. All of the maps are complete, a lot of bugs were fixed, a lot of cool new things were added. This is going to be a pretty long post, so lets get into it!

Some small changes were made to the tutorial to encourage players to finish it out. All characters will now get a unique item from the tutorial for their class.

Additionally, to make casters a bit less tedious, they’ve been given 10 free MP regen on top of their base.

The land of the forgotten, Dedlaen Maze. This sprawling area is filled with caverns, hallways, and all sorts of creatures to cut through! There are goblins, undead, and nagas. The Dark Lord is constantly sending his undead to attack the Maze Town, and the Maze is guarding a hidden creature with a delicious egg, coveted by all.

This area offers a wide variety of gear up through level 18 or so, as well as some good experience and gold farming opportunities!

The floating mines, where those from Risan mine for Machleum, an ancient but powerful ore. There are dangers aplenty here, including a big bird, lots of rockmen, and the dangerous gas vents of the mines that craze all near it!

This area offers a handful of unique items, as well as some new questing opportunities, and lots of ore to find!

The frozen kingdom, the Frostlands. All of Risan is overseen from the gigantic castle in the center of the chilled town. Constantly under siege by brigands and the ancient horrors of Risan itself, this town is fighting back and trying to get the monsters under control.

This area offers a lot of unique items, some valuable class progression, and a huge map to explore, as well as a secret!

The catacombs beneath Risan’s castle town are littered with undead of all sorts. It wasn’t always undead, though; there used to be a town where the catacombs are. When the islands were torn from the earth and lifted into the sky, most everyone in ancient Risan died, except for one famous necromancer who now seeks revenge on King Risa himself.

This area offers progression to level 50, as well as a host of new items! 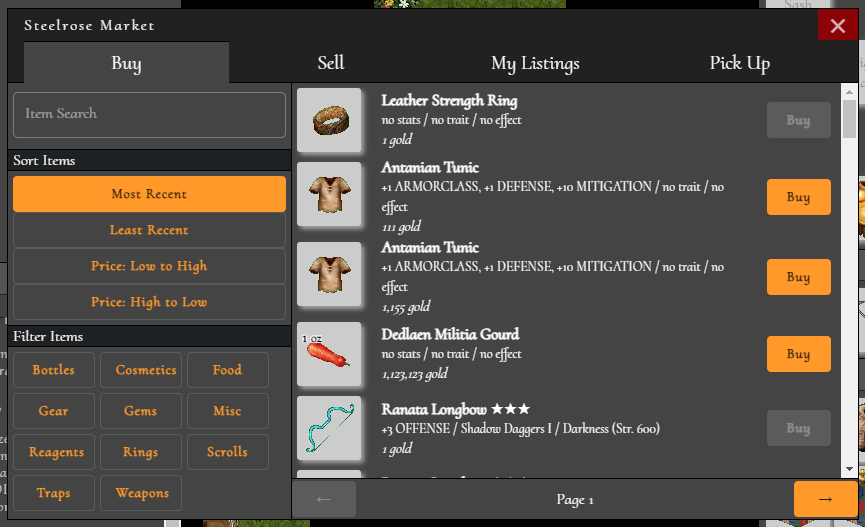 The Steelrose Market is back and better than ever. The Steelrose is the hub of all commerce in game, allowing players to sell items without being online, and being able to pick items up any time or cancel their listings.

The UI is improved over the last version, taxes are simpler now (you pay 5% of the item value + 5% of the sell price) and more items can be sold than before.

Additionally, the market posts in Discord any time a new item is listed, so you can keep an eye on items from outside the game! 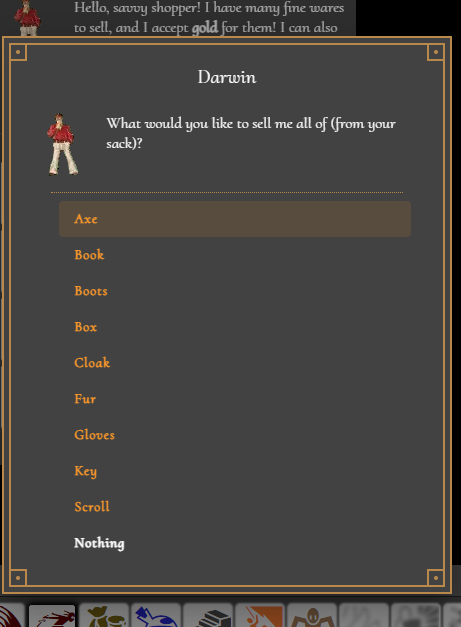 Every vendor now has a new button to allow you to sell all of an item type from your sack to them. The UI is a bit improved over the last version, and should help you sell your gems in a jiffy. 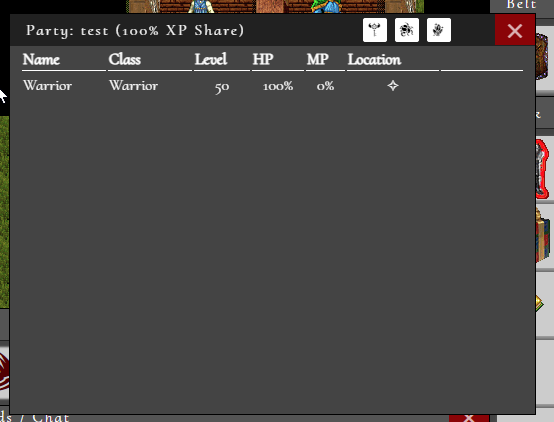 Now, party XP share is shown in the party window. Party XP scaling was also updated so you can’t have a level 1 and 50 in the same party and get an appreciable amount of experience. You can experiment with the cuts yourself to see how they work!

Rare monsters (“Avatar Spawn”) are a new event that will spawn a random rare creature in the world. Rare creatures are generally harder than their zone, have a bit more HP, and have a unique, untied item. So, if you find the creature, you can use the item, tie it to yourself, or sell it on the market.

Rare monsters do not have a fixed spawn point. They can spawn anywhere where there’s a little bit of open space on a map (so no closed, tiny areas). The monsters are grey tag until you attack them as well, giving you an opportunity to call for help before engaging.

The maps that currently have rare creatures are: Rylt, Yzalt, Tower of Selen, Risan Mines, Frostlands. Other maps may see some rare spawns eventually, but it’s a bit challenging to come up with some unique items on a whim. So, the items created are: Boots, Breastplate, Cloak, Staff, Sword. A little bit of something for everyone!

Best of luck finding them!

Character information can now be easily shared with other players. In the lobby, there is now a “Global viewer” link on each character that sends you to a link like this, which lets you view characters important stats.